Cara Delevingne Sticks Out Her Tongue, Spreads Her Legs In One Of Gigi Hadid’s Backstage Photos 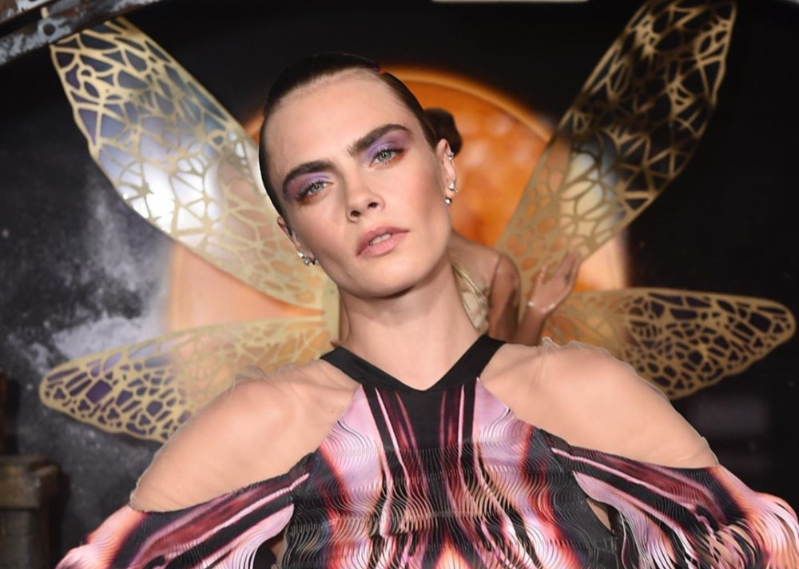 Gigi Hadid has a secret Instagram account where she takes backstage photos of celebrities and models with a disposable camera and now Cara Delevingne is sharing one of the snaps. Gigi, Cara, and Bella walked in Rihanna’s Savage x Fenty show and Gigi took photos during rehearsals. The photo that Cara shared with her 43.5 million Instagram followers shows the supermodel sticking out her tongue and spreading her legs. The photo went viral and has more than 600,000 likes.
The candid photo of Cara gives fans a look at her silly and playful side. Cara can be seen wearing a black hat, black leggings and matching tank, with a gray jacket. The photo has just as many likes on Gigi’s Gi’sposable Instagram account.
Cara is one of the foremost supermodels having walked in multiple shows during fashion week and she recently unveiled new campaigns for Burberry, Dior Joaillerie, and Balmain. Cara also covered Elle U.S., Porter, Marie Claire, and Vogue Korea.
You may see the photo captured by Gigi Hadid that Cara shared on her own Instagram page below.