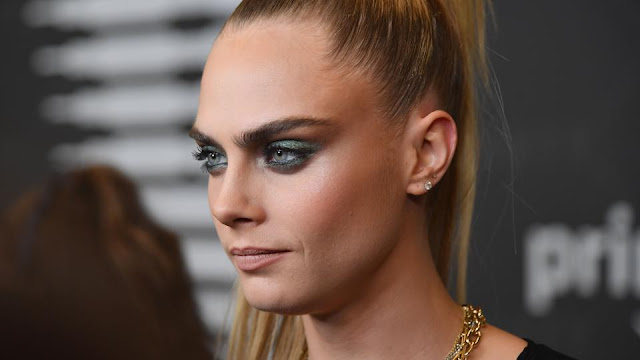 “But I don’t really like wearing underwear,” she added.

Delevingne walked the runway at Rihanna’s Savage x Fenty fashion show at New York Fashion Week 2020 on Tuesday evening. The show was for a specially curated audience, and photography of any kind was prohibited as the show will be streamed exclusively on an OTT.

Talking about her friendship with Rihanna, Delevingne said, “Rihanna has always been so lovely and such a good friend. I am in awe of her and just so proud.”

Rihanna picked Delevingne to be one of the models in her latest Savage show, which featured a dance performance with models wearing the brand’s new designs.

“Everyone looked so gorgeous and was lifting each other up. It’s so inclusive and is such wonderful feeling backstage. There’s so much love involved. The way she makes people feel about music is special and loved, and that’s exactly what she’s doing with the show. It’s different. I’ve never seen anything like this,” Delevingne said.

Rihanna’s collection is designed by a woman for women. In an interview to i-D magazine, the Man down hitmaker said she hopes to see women feel their best in the garments, reports femalefirst.co.uk. “It’s for women to feel their sexiest, their boldest, their most feminine, their most masculine, their most, period. I’m a curvy girl, and if I can’t wear it myself, it’s not going to work. I need to see how it looks on my hips, on my thighs, on my stomach - does it look good on me or only on a fit model? It’s important,” said Rihanna.
Cara Delevingne