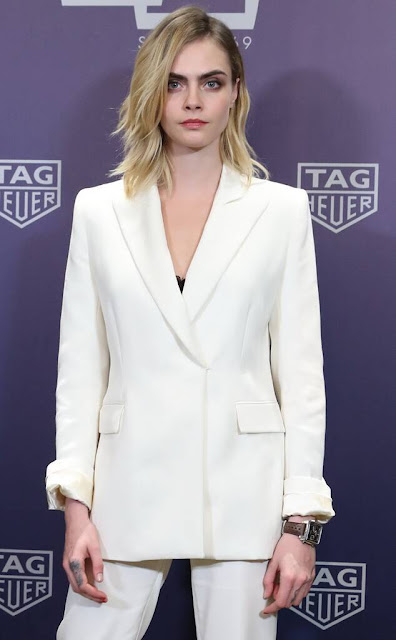 A 22-year-old man named Sedric Ruempker was arrested at 11:30 a.m. on Wednesday for allegedly trespassing on Cara Delevingne's California property. According to the Los Angeles Police Department, neighbors called the police after they spotted a man jumping over the property's fence. Airship and ground officers responded quickly and took Ruempker into custody on a misdemeanor trespassing charge. According to TMZ, which first reported the news, Ruempker never made it inside of the house, and Delevingne was not at her home at the time of the alleged incident. The LAPD told E! News it's unclear whether Ruempker was targeting the 27-year-old model specifically or choosing the home at random. A bail was set at $5,000. It had not been made at the time of this writing. E! News reached out to Delevingne's team for comment. The alleged trespassing took place the same day Delevingne celebrated her girlfriend Ashley Benson's 30th birthday.
"cara delevinge"
Cara Delevingne's Alleged Intruder Arrested for Trespassing