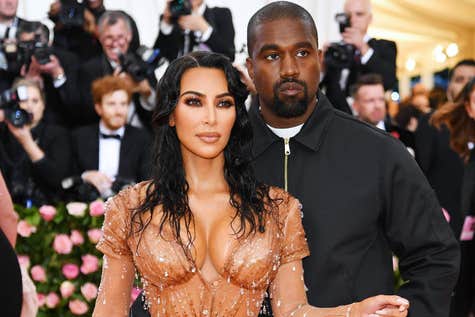 Kanye West is known for giving his wife Kim Kardashian extravagant gifts, but his latest present also happens to be thoughtful. For Kardashian’s 39th birthday, the rapper donated $1m (£776,205) to prison reform charities in her name, a gesture that the reality star shared on Twitter Tuesday. “I got amazing gifts from my whole family and Kanye [got] me the most amazing bags,” Kardashian wrote. “But he also donated $1m to my favourite charities that work so hard on prison reform on my behalf from him and the kids. This makes my heart so happy!” The makeup mogul, who turned 39 on Monday, attached a picture to the tweet of a “certificate of donation,” which shows that West, as well as the couple’s children, North, Saint, Chi and Psalm, donated $1m to Cut 50, Buried Alive Project, Equal Justice Initiative, and Anti-Recidivism Coalition. Kardashian, who announced earlier this year that she would be pursuing a career in law, helped free more than 17 prisoners in 2019.
KIM KARDASHIAN