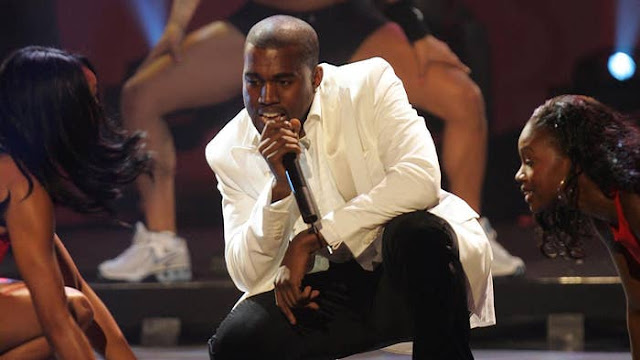 “I’m unquestionably, undoubtedly, the greatest human artist of all time,” Kanye West announced in a recent interview. “It’s not even a question anymore.” The Chicago rapper and producer is far from shy when it comes to hailing his own talents, but given the quality of his long-awaited and oft-delayed new album, Jesus is King, this seems like a reach. After shelving 2018’s Yandhi, West is offering fans evidence of his newfound Christian faith, and the claim that, from now on, he will only make gospel music. The release follows a tumultuous year in which the 42-year-old became arguably the most unpopular celebrity in America: he caused uproar by expressing support for US president Donald Trump; claimed slavery was a “choice”; and posted a pair of tweets calling for the abolishment of the 13 Amendment. There was the continued fallout of a serious feud with Taylor Swift, and the ongoing scrutiny of the Kardashian family including his wife, Kim, and the problematic messages they promote. And all of this took place amid West’s grappling with a bipolar disorder diagnosis and consequent treatment. His Sunday Service congregations – a series of religious pop-up gatherings around the US – felt like an encouraging, albeit confusing, sign that West was looking to redeem himself. Not because he was a born-again Christian (if anything this newfound zeal for religion is just another problem for his non-Christian fans), but because of the sincerity with which he approached the project. 'Imma let you finish' - Kanye West's most controversial quotes Show all 10 "I was the best new artist this year" “I am the number one human being in music. That means any person that's living or breathing is number two.” “Yo Taylor, I'm really happy for you, I'mma let you finish, but Beyoncé has one of the best videos of all time. One of the best videos of all time!” "I walk through the hotel and I walk down the street and people look at me... like I'm Hitler" This is by no means the first time West has brought religion into his music. It’s been an ever-present theme for years, most famously on 2004’s “Jesus Walks”, which was praised for bringing the subject of faith into hip hop. Artists still speak with reverence of its impact today; an episode of the docu-series Hip-Hop: The Songs that Shook America showed John Legend commenting: “Kanye made it OK to talk about your faith in songs again.” From there, the theme became more complex and muddied thanks to West’s battle between ego and artistry. The death of his mother Donda of surgery complications in 2007 had a profound effect on him; 808s and Heartbreak followed, featuring a despondent West who had clearly lost his way. But then he declared himself a god on Yeezus; his inner demons were fought via the story of Paul the Apostle on The Life of Pablo before, finally, he asked God to shine a light and save him on 2018’s KIDS SEE GHOSTS. And so to Jesus is King. The album, a mere 27 minutes and four seconds, opens with West’s Sunday Service Choir and bright, sharp piano notes – an uplifting sound that speaks of new beginnings. The tone becomes more serious as it segues into the first full track of the album, “Selah”, where – for all his talk about finding God – West can’t help but compare himself to Noah before the flood (“everybody judge”). “Everybody wanted Yandhi/ Then Jesus Christ did the laundry,” he raps, suggesting the content of 2018’s abandoned record was not compatible with his newfound beliefs. “Follow God” is one of just two or three genuinely good, or brilliant, songs on this record. There’s a cool, funk-inflected groove of an R&B sample and some of West’s sharpest bars delivered in a strangely deadpan style. It’s combative – “Now you wanna see a freak” – seemingly referring to the media circus around his erratic behaviour in 2018. But then you reach “Closed on Sunday”, a stream-of-consciousness style refrains loaded with biblical terminology. It reminds you of the preachers on street corners shouting at passers-by that they’re going to hell – you feel uncomfortable and vaguely embarrassed on their behalf. Watch more Kanye West’s album Jesus is King has just dropped – LIVE Kanye West asked people not to have pre-marital sex Kanye West says endorsing Trump was ‘God’s practical joke to liberals’ “On God” is another rare standout that references West’s controversial 13th Amendment comments and the Grammys’ latency at recognising black artists. The best features come later on the record: New Jersey native Ant Clemons, who appeared on Kanye’s track “All Mine” from Ye, is on “Everything We Need” with rapper TY Dolla $ign; his gentle, Bon Iver-esque tones are the perfect match for West’s sharp delivery. Kenny G has a vibrant sax solo on “Use This Gospel”, one of the few tracks that really hark back to West’s older sounds (in this case the heady menace of “POWER” from 2010’s My Beautiful Dark Twisted Fantasy). It’s no surprise, but still no less disappointing, that with all of West’s last-minute meddling of the album’s mixes the record lacks cohesion. Jesus is King feels more like a collection of well-produced skits than a full studio album, and fans will no doubt be wondering whether all the hype and stress that preceded its unveiling was worth it. “Thou shalt love thy neighbour, not divide,” West raps on “On God”. But on this album and as an artist, divide is all he seems to be doing.
Kanye West – Jesus is King review: Rapper continues to divide on this confusing album