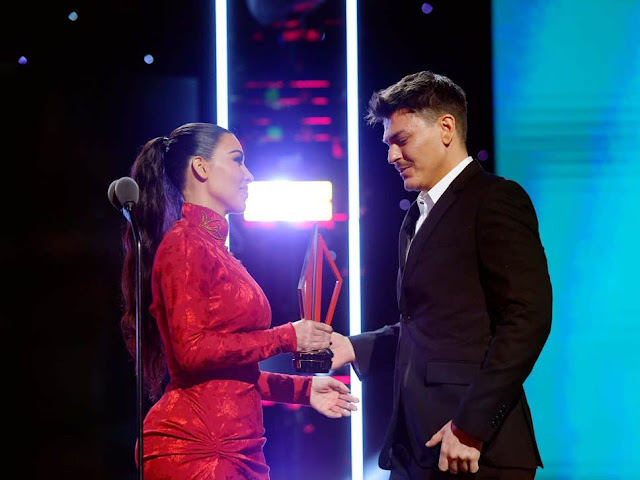 Kim Kardashian West‘s make-up artist Mario Dedivanovic, who has worked with the reality star for more than a decade, has said he feels “free” after coming out as gay. Dedivanovic, who has seven million followers on Instagram and is an ambassador for cosmetics brand Anastasia Beverly Hills, received the Artist Achievement Award at the American Influencer Awards in Los Angeles. After being presented his accolade by Kardashian West, the make-up artist delivered a powerful speech about how he has been “living in fear”. He explained that a couple of days prior to the ceremony, he told his mother: “I had spent my entire life and childhood suppressing my thoughts, suppressing my dreams, my feelings, my creativity and trying to be invisible so that no one would know how I’m feeling inside.” “I stand here for the first time in my life a proud 37-year-old gay man,” Dedivanovic stated on stage. “I finally feel that bright light that I’ve been dreaming of my whole life is pouring from my soul around my body and it’s mine.”
KIM KARDASHIAN
KIM KARDASHIAN’S MAKE-UP ARTIST MARIO DEDIVANOVIC COMES OUT IN POWERFUL SPEECH