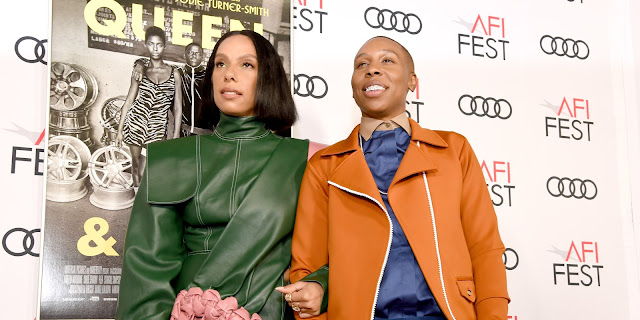 After being totally shut out of this year’s Golden Globes nominations, Queen & Slim director Melina Matsoukas is calling b*llshit. In a recent interview with Variety, Matsoukas, who made her feature debut with the crime drama, accused the Hollywood Foreign Press Association of completely ignoring the film in the weeks leading up to the nominations.

While Matsoukas didn’t openly call the HFPA racist, it was easy to decipher what she was getting at by explaining that a predominantly white voting body ignored a film made predominantly by people of color (It stars Jodie Turner-Smith and Daniel Kaluuya and was written by Lena Waithe.)
“It’s extremely discouraging,” Matsoukas said. “It’s extremely infuriating. And it just represents an archaic system that is full of people who don’t value us.” According to the director, Universal Pictures did its best to get the film seen by the HFPA by setting up multiple screenings. Matsoukas says those screenings were for the most part, empty.


“We held three screenings for the HFPA and almost no members attended. For me, it’s reflective of their voting body,” she explained. “It’s not reflective of the society in which we live in or the industry as it stands today. They don’t value the stories that represent all of us, and those stories are so often disregarded and discredited, as are their filmmakers.”
According to Matsoukas, she was warned about the HFPA’s dismissive tendencies towards certain artists when she attended a fundraiser prior to the film’s release. “I was warned by three different people that I may be harassed or spoken to in an inappropriate way, which I was,” she explained. “And they used a very archaic term in the pitch, and I found it quite offensive and disrespectful to me as a woman of color.” When reached for comment by Variety, the HFPA had this to say: “The HFPA maintains that ‘Queen & Slim’ was in the conversation amongst the membership.”
Matsoukas wasn’t the only snub from this year’s Globes nominations. Not a single female director was nominated, so yeah, the HFPA clearly has a lot of work to do moving forward.
'Queen & Slim' Director Melina Matsoukas Calls Out HFPA for Golden Globes Snub
"cara delevigne"