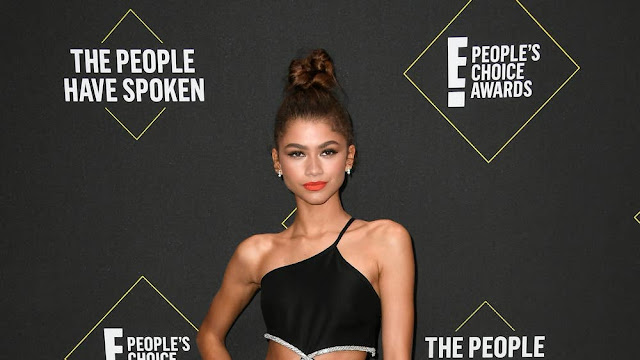 On Sunday evening, some of the biggest names from the world of entertainment graced the Barker Hangar performance theatre in California for the 2019 People's Choice Awards. As always, the awards ceremony was a glamorous affair, attracting fashionable figures including actor Zendaya, reality television star Kim Kardashian and pop star Pink. Zendaya stood out in a black, cut-out Christopher Esber dress, keeping her accessories simple with a pair of stud earrings and her hair tied up in a tight bun. Her Euphoria co-star Storm Reid stunned in a psychedelic Iris van Herpen blue mini dress, wearing her hair in a similar style to her on-screen sister. Click through the gallery above to see all the best-dressed celebrities in attendance at the awards ceremony. In her acceptance speech, the singer stated that "one person can make a difference". "You feel like you don't matter? Feel like your life doesn't matter? Get involved," she said, referencing individuals including Rosa Parks, Martin Luther King Jr., Gloria Steinem, Ruth Bader Ginsburg and Greta Thunberg. The musician added she "doesn't care" about a person's political leaning, only that they show "decency and humanity and kindness". "Kindness today is an act of rebellion," Pink said. "Stop fighting each other and help each other. Get together with your friends and change the f***ing world."
Older Posts Home
Subscribe to: Posts (Atom)