Cara Delevingne Collaborated With Balmain And Puma On Boxing-Themed Collection 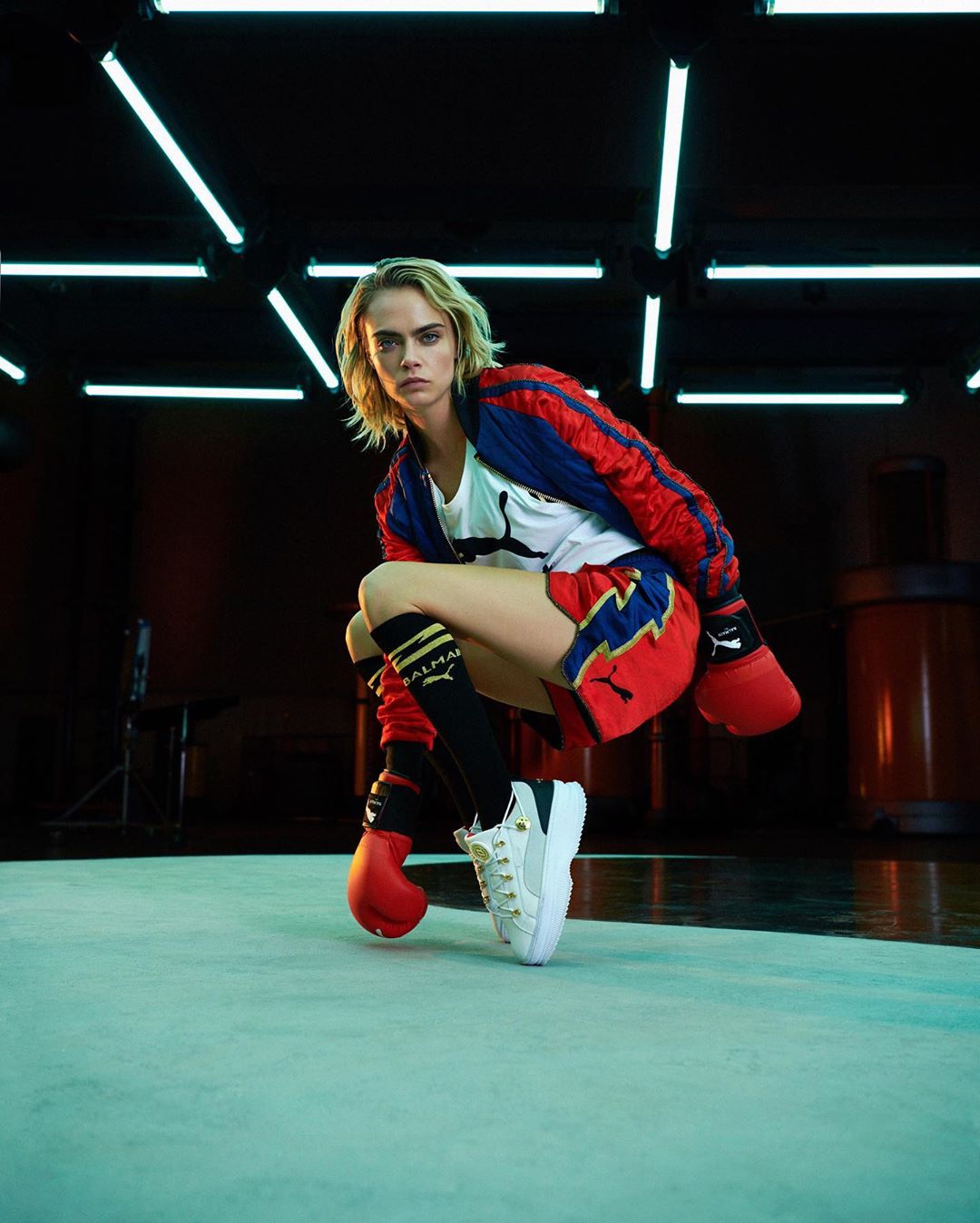 Tighten your top-knot and get ready to sweat over Cara Delevingne's new athleisure collaboration with Balmain and Puma. While this stylish new gear will still not convince me to become a regular at the gym, I can't wait to get my blood pumping while anxiously waiting to add shimmery track pants from the collab to my cart on November 21. The fashion house and sportswear brand announced the latest project via social media on Tuesday morning, sharing a dramatic teaser video across platforms.


When I say athleisure, I really mean glittery, glammed up athletic-inspired garb. In the visuals, neon grids lift to reveal a crew of models-slash-fighters, wearing gloves, helmets, and the red, blue, and black designs. Delevingne models a standout sequin-covered coordinating set, seen only for a moment as she collapses to the floor. Per WWD, the collection is comprised of 35 pieces, including shoes, apparel, and accessories, that will be sold in two parts — half via Puma, and half via Balmain.


It was Delevingne's close friendship with Balmain designer Olivier Rousteing that brought the three names together in collaboration. "She asked me to work with her on this collection with Puma. We had a very clear point of view because we both love boxing," Rousteing said in an interview with WWD. "We also wanted to use this collaboration as a platform to promote diversity and inclusivity," he continued, adding later: "A lot of people in the campaign have faced discrimination because of their choices, whatever those may be, and it was important for us to have a really natural cast."
Older Posts Home
Subscribe to: Posts (Atom)