Setting the record straight. Ashley Benson revealed why her girlfriend, Cara Delevingne, was unable to attend her 30th birthday party. 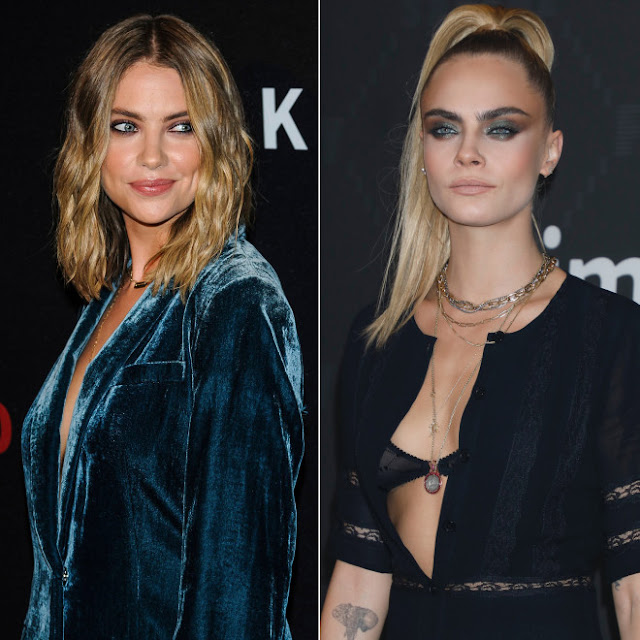 “London nights,” Pretty Little Liars alum, 29, captioned an Instagram post on Thursday, December 12. The update was filled with several pics, leading with a selfie of the actress ahead of her special day on Wednesday, December 18. In the photos that followed, many of the Spring Breakers star’s close pals, including Gregg Sulkin, were featured. However, some fans were worried upon noticing Delevingne’s absence from Benson’s celebration. Beneath Benson’s post, a concerned user asked “where’s Cara,” since the model wasn’t present in any of the pics shared. “She has a job,” the Pixels actress replied back. Celebrity Couples and How They First Met Earlier this week, reports speculated whether Benson and Delevingne called it quits on their relationship. The rumors commenced after a tweet from the Carnival Row star’s account stated that the pair “broke up.” The declaration was removed in less than 20 minutes after it was posted on Monday, December 9. Fans quickly realized that there was likely zero truth to the bold statement when other suspicious tweets began to emerge from Delevingne’s account. In screenshots from Twitter users, one of the messages claimed that Delevingne was “giving away 1000 free iPhone 11 Pro’s.” Another tweet alleged that the Paper Towns actress was “turning straight,” and a third was in reply to Justin Bieber asking fans “how many days away” until 2020 arrived. “Get a calendar bro,” Delevingne’s account wrote in response to Bieber, 25. Stars Who Split in 2019 Delevingne has yet to address the unusual activity that occurred on her verified account, but Benson spoke out on the matter amid the breakup speculation. A fan asked whether the couple “broke up” when commenting on an Instagram pic Benson posted on Tuesday, December 10. To this, the California native simply replied: “Nope.” The Her Smell costars became the subject of dating rumors in August 2018. At the time, the couple were attending Kylie Jenner’s 21st birthday party and they left the celebration together. Us Weekly later confirmed in October 2018 that Benson and Delevigne had struck up a romantic relationship. A source told Us at the time that their romance was the “first time” that Benson has been involved in “a healthy relationship” and she “feels as if it’s really easy” being with Delevingne. In June, Benson “moved into” the England native’s place, a moment that occurred during the same month they celebrated their one-year anniversary. “They are so great,” a source told Us in July. “All their friends mix well together. They have never been happier. Their relationship is really healthy.”
Older Posts Home
Subscribe to: Posts (Atom)