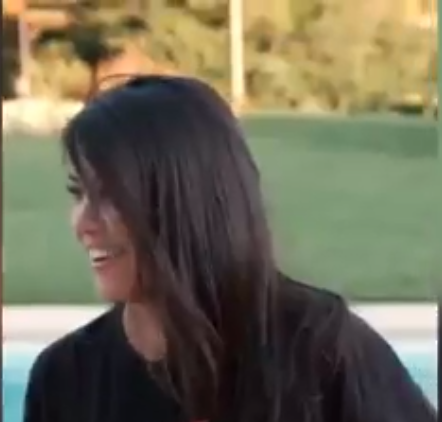 The Kardashian family is facing backlash from fans after sharing a clip from an upcoming episode of Keeping Up with the Kardashians that shows them having a food fight. In the clip, shared on Instagram by Khloe, the family can be seen laughing as they throw entire trays of food at one another during a sit-down meal outside. Speaking during a confessional, Khloe says: “Am I bothered by this food fight right now? Who the f*** wouldn’t be bothered by this? This is, in any normal person’s world, bizarre, disturbing and unacceptable.” Khloe then tells her family: “If anyone’s comfortable with this I’m gonna question them. This is no way to live,” to which her mother Kris responds: “No, this is no way to live. But if you can laugh at this and breathe then I think you’re doing A-OK.” However, not everyone was amused by the clip, with many people accusing the Kardashians of being “insensitive” and making light of the food waste. “Makes me cringe to think of all the food wasted,” one person commented. Another said: “Meanwhile there are people out there who have no money to buy food…” Others questioned why the family, who are worth billions, would record the “disturbing” scene.
Older Posts Home
Subscribe to: Posts (Atom)