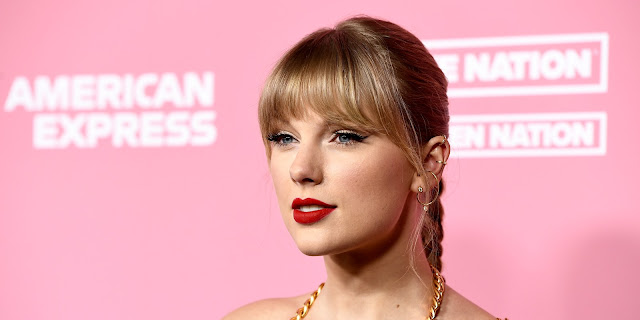 Taylor Swift turns 30 today, which means that at least half of young Hollywood is prepping for what is sure to be an extremely Instagram-worthy bash that will likely flood all of our feeds by weekend’s end. But before she celebrates, Swift marked the occasion by looking back on what she’s learned from a career that started in earnest when she was in her early teens.
Swift was on hand to accept her Woman of the Decade award during Billboard’s 2019 Women in Music event on Thursday, and delivered a powerful 15-minute long speech in which she emphatically reminded everyone that she’s not a teenager anymore. Far from it. “I’ve seen a lot,” Swift reportedly said of her decades-spanning career. Her success, she pointed out, was often attributed to “a male producer or co-writer" working behind the scenes. After dispelling that notion, Swift talked about the double standard that women in the music industry often come up against.
"In the last 10 years, I have watched as women in this industry are criticised and measured up to each other and picked at for their bodies, their romantic lives, their fashion," she explained. "Have you ever heard someone say about a male artist, 'I really like his songs, but I don't know what it is —there's just something about him I don't like?' No—that criticism is reserved for us." But according to Swift, there’s a sea change happening, and she credited counterparts like Lizzo, Lana Del Rey, and Eilish as artists who "have taken this challenge, and they have accepted it.”


And of course, Swift didn’t waste the opportunity to continue her public feud with Scooter Braun, who has consistently drawn her ire since his company acquired Big Machine Label Group and the rights to her first six albums. “This just happened to me without my approval, consultation or consent,” Swift said. “After I was denied the chance to purchase my music outright, my entire catalog was sold to Scooter Braun’s Ithaca Holdings in a deal that I’m told was funded by the Soros family, 23 Capital and that Carlyle Group. Yet, to this day, none of these investors have bothered to contact me or my team directly — to perform their due diligence on their investment. On their investment in me. To ask how I might feel about the new owner of my art, the music I wrote, the videos I created, photos of me, my handwriting, my album designs.”
Swift added that Braun “never contacted” her or her team to discuss the sale, and that she’s “fairly certain” he knew how she would feel about it. “Let me just say that the definition of toxic male privilege in our industry is people saying ‘but he’s always been nice to me’ when I’m raising valid concerns about artists and their right to own their music,” Swift added. “And of course he’s nice to you — if you’re in this room, you have something he needs.”

Watch her speech in its entirety below.