Trespasser arrested after trying to break into Cara Delevingne's home 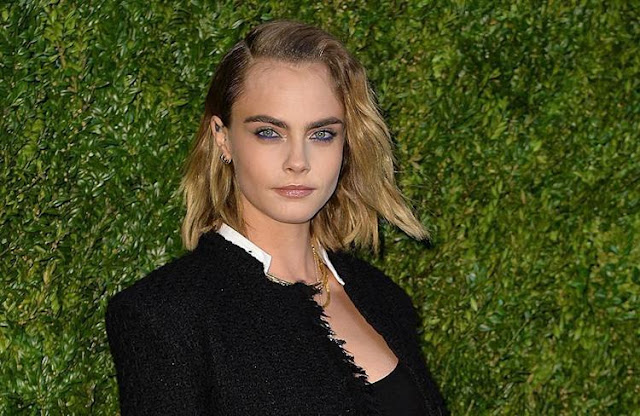 Sedric Ruempker has been caught red-handed after he was spotted by a neighbour climbing over a wall in an attempt to get into the 27-year-old actress' property on Wednesday (18.12.19). According to TMZ, it's not known whether Sedric randomly chose the model or if he was specifically targeting her home, but she was not home at the time. Cara's neighbour called 911 as soon as the man was spotted climbing Cara's wall, and police quickly responded, sending a helicopter to spot the man from the air whilst cops on the ground surrounded the home. The 22-year-old male never made it inside the home before he was arrested for misdemeanour trespassing. Meanwhile, the 'Suicide Squad' actress recently said she felt like she was "rotting" during the early days of her career, because of the "ridiculous" life of a supermodel. Cara - who was also previously her mother's carer - said: "I had no sense of who I was. I had no identity. All I had been was a mental illness, a child, a caretaker, or a supermodel, which just seemed so ridiculous to me. It was like my integrity, my morals, everything was rotting, like I just had nothing left, because I honestly was just selling myself. Because I wanted to belong, and I thought by people hiring me, that that was giving me a sense of who I was." Over the years, Cara has begun to discover who she is, and thanks in part to her romance with actress Ashley Benson, she has managed to overcome her feelings of loneliness. And now, she says she would like to tell her younger self to "communicate more", and open up to those around her who could help. She added: "I would say communicate more, to be more open about what you're going through. Because honestly, if you can have any confidence, to be confident in your own vulnerability is the best thing you can ever ask for."
Older Posts Home
Subscribe to: Posts (Atom)